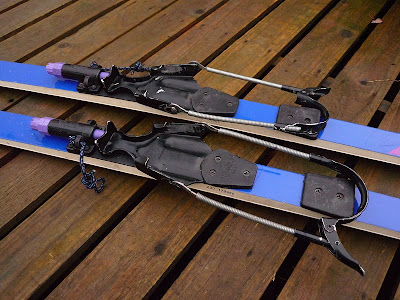 Last week I gave my knee a serious tweak when out on my cross country skis due to getting crossed up and having my foot firmly attached to my skis. When I bought my skis I could have had a release mechanisim fitted but they were pretty expensive and at the time my knees were fine. The ones I'd seen were made by Voile and allowed you to attach a standard 3 pin Telemark binding to a plate which in turn was held in place by a spring loaded plunger, on release the entire plate/binding detached from the ski.

I looked on a few UK based websites but couldn't find anything but after posting a question on the Outdoors Magic gear forum I was kindly offered a pair of Voile release bindings by another member (thanks Peter) I later found a retailer, Telemark Pyrenees and discovered that Voile still make release bindings in a variety of styles, similar to but in updated form to the ones I remembered.

Peter told me that the ones he was sending were a cable binding rather than the 3 pin type I'd been using but I figured it was worth giving them a try. The one thing I dislike about the 3 pin type is that snow/ice can clog the corresponding hole on the boot sole which can make them tricky to attach at times although I've read that cable binding can crush your foot if your boots are too flexible or the binding too tight. Fortunately my boots are pretty stiff.

The Voile plates arrived in double quick time but as there were no templates for drilling the skis I spent some time mounting both the standard 3 pin binding and the Voile mounting on a length of wood so that I could make a template to ensure that once fitted the Voile plates placed my foot in the right place. It took a bit of trial and error to get the template made but it was worth the effort as the Voile bindings ended up placing my boot within 2mm of the original binding. 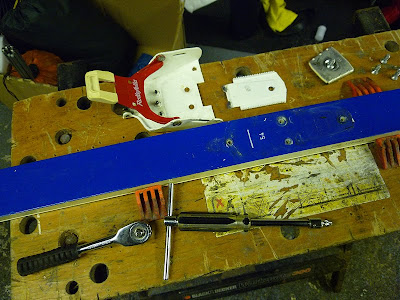 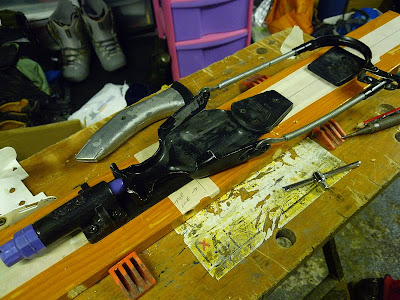 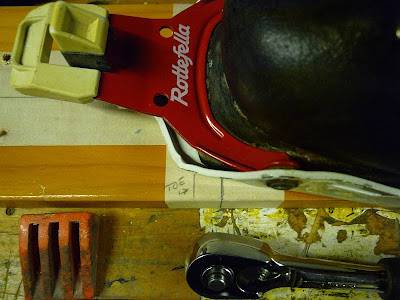 The Line Marked 'Toe' Indicates the end of the Boot Sole 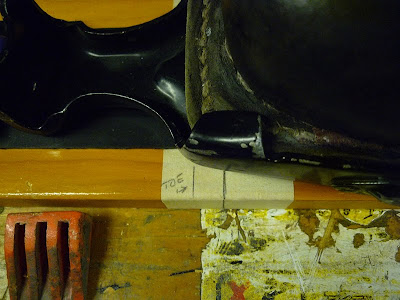 Still Not Quite Right, The Binding Needs moved back about 4mm.

I set about drilling the skis, setting the depth to 10mm but didn't fit the new binding immediately as I wanted to plug the existing holes with wooden pegs/epoxy but once this was done and the epoxy had time to harden I went ahead and fitted the Voile bindings. I didn't mount the heel wedges until after the bindings had been fitted and I had the skis on, this allowed me to place the wedges in the right position. 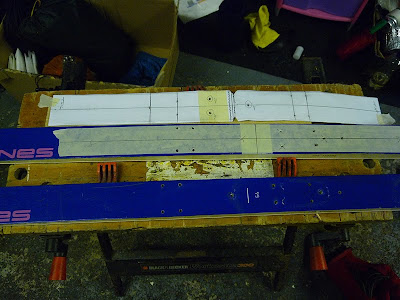 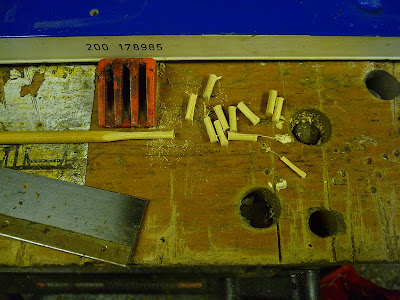 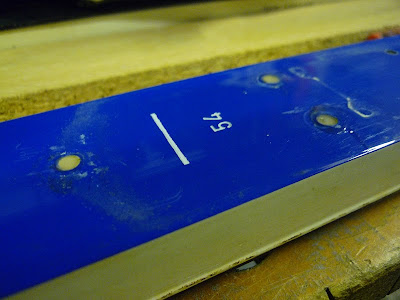 The skis are now ready but most of the snow we had has now gone and my knee isn't quite up to walking too far in search of snow. Weather permitting I'll probably attempt to try them out on Monday, I'm hoping not to need to use the release mechanism but I'm interested to see how I find the cable binding, at this stage I'm unsure just how tight the cable should be but I'll figure it out as and when. 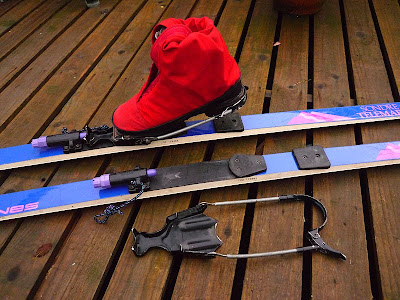 Bindings Fitted, The Plate Detaches from the Ski but Remains attached to the Boot

Once again I'd like to thank those on Outdoors Magic who offered advice, thanks Matt and Chris and especially Peter who kindly sent me the bindings and wouldn't accept payment. 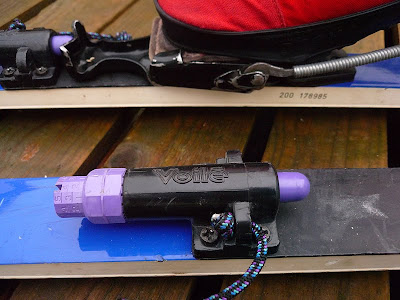 Newer Post Older Post Home
Subscribe to: Post Comments (Atom)
It is in vain to say human beings ought to be satisfied with tranquility: they must have action; and they will make it if they cannot find it. Charlotte Bronte (1816-1855)