A Winter Walk, Reflecting on the Past. 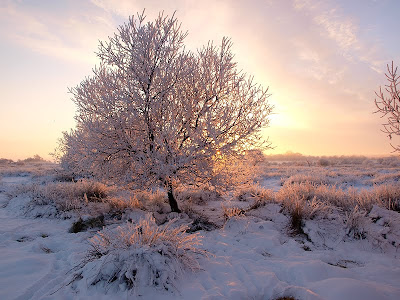 Although we've had plenty of snow since last Thursday I've been staying in as I'm not fully recovered from a chest infection I picked up a fortnight ago. In the end the temptation was too much so I decided to take my skis down to my mums house. As it turned out the snow was too dry so I decided to just take a walk instead. I'd packed my MSR Whisperlite and a few bits and pieces that I'd intended messing around with so set off along the river towards a small forest.

I used to spend a lot of time here as a child but back then the entire area was wetland, some would call it a 'moss' or 'bog', we called it a 'bog' and if there was heavy rain for a few days the entire are would flood. Since then the river has been deepened and straightened so the area is quite a bit drier than it was years ago, in fact the water level dropped by a few meters and the well at our house actually dried up with the result that we needed to have mains water. There are of course still wet areas, even in summer and it looks a bit like a jungle with tall grass and small wiry trees. I'm not sure what the proper name for the trees are but in my area they're known as 'Bog Sally', a small springy sapling was kept my most parents, mine included and the threat of the 'Sally Rod' was usually enough to rein in my headstrong ways :-)

As children we were always warned to stay away from 'moss holes' and 'Lint Dams', 'Lint' is the local name for 'Flax' which was used to make linen and you can see see where the 'dams' were as they're rectangular and lie lower than the surrounding ground. The Flax was cut and placed in the dams to rot and of course it created quite a stink, (for more information see the link Here and Here), note the different terms used depending on the area/county e.g. 'Flax Holes'/Lint Dams', where the process of 'Beetling' is referred to in the article linked to it implies a process done by hand although not too far from where I live there are the remains of 'Beetling Mills' or 'Scutching Mills', known locally as 'Beetling Engines', interestingly although I live in County Antrim there is a working Beetling/Scutching Mill in Co Tyrone, reading the information on the website they refer to 'Beetling Engines', Wellbrook Beetling Mill .

Of course we ignored the advice but soon learned to read the natural signs and were able to safely navigate around the danger areas, even though quite a few of the 'Lint Dams' has become overgrown with a carpet of moss/lichen/grass, it wasn't particularly reassuring when you started walking on a patch of grass that felt as if it was floating on water!!

The entire area is now covered in long grass and heather which makes walking tiresome at the best of times, under a blanket of snow it's worse as you can't actually see what you're walking on so most of the time is spent knee deep in snow and of course the remaining 'Lint Dams' are even more difficult to spot.

I was wearing my ski boots and Yeti gaiters which proved their worth in the deep snow and was wearing my Paramo Velez Adventure Light with a Montane Flux packed as extra insulation. By the time I reached the forest the moon had risen, the sun had slipped below the hills to the West and the air was cold and crisp. I pulled on the Flux before getting the stove set up but when pulled my waterbottle from the side pocket of my rucksack I discovered that it had frozen solid at the top and the cap wouldn't budge. There was plenty of snow anyway so I added a little to the pan and put the waterbottle in the chest pocket of the Velez to thaw it out a bit. In the end it didn't take long to thaw out sufficiently to get the cap off so I added a mixture of water and ice to the pan. I hadn't brought a tripod so the last few shots were taken braced against a tree while I waited for the stove to bring water to the boil for some soup. 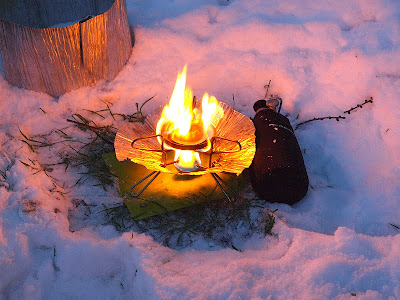 By the time I was ready to leave the moon was bright and it was easy enough to make my way back across the bog towards the river where the ground is firmer and drier and the grass short thanks to sheep being grazed there in summer.

As the moon started to cast a weak shadow the words of the Supertramp song 'The Logical Song' came to mind,

WHEN I WAS YOUNG, IT SEEMED THAT LIFE WAS SO WONDERFUL
A MIRACLE, OH IT WAS BEAUTIFUL, MAGICAL....... 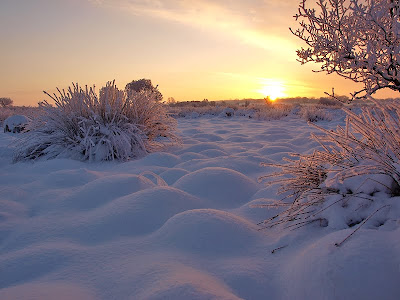 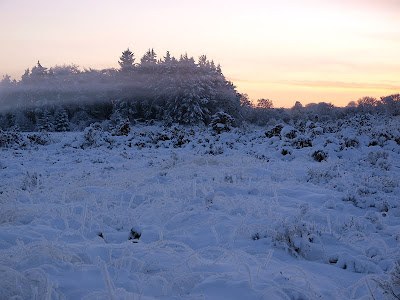 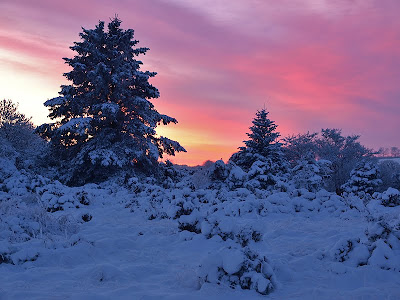 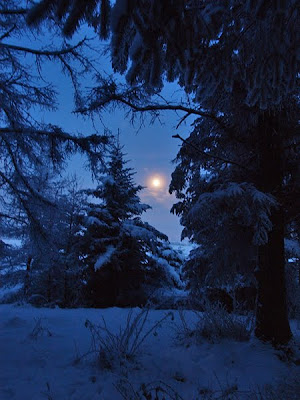 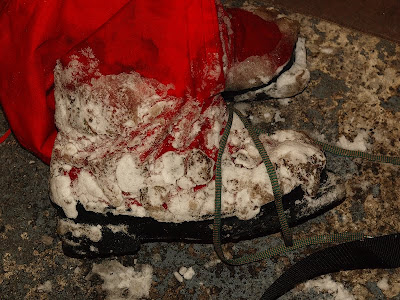