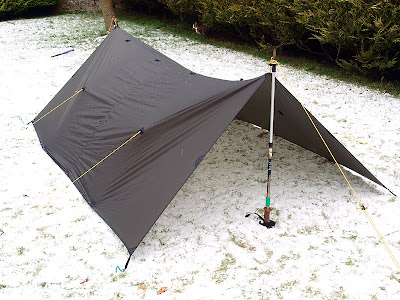 I've been pretty fed up the past 2 weeks as the snow has gone and been replaced by the usual dreich weather that we get here. I was having a look on some websites and when browsing the Alpkit site I noticed that the Rig 7 Tarp was back in stock. I'd looked at them before as they seemed a reasonably priced way of trying a tarp, my only previous experience being with a German army poncho. I went ahead and ordered it and as is normal with Alpkit it arrived very quickly. 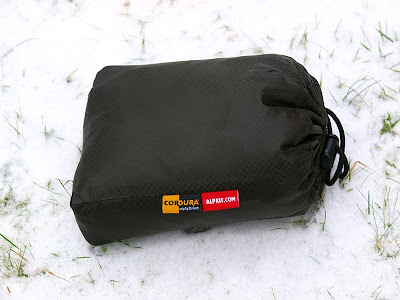 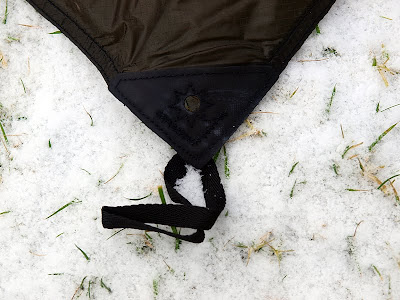 The tarp is made from 2 pieces of siliconised nylon so there's a seam which runs across the tarp but this appears to be seam taped. The tarp came with a stuff sack but I'll replace it with something a bit bigger as it's a bit of a tight fit when guylines never mind pegs are added. 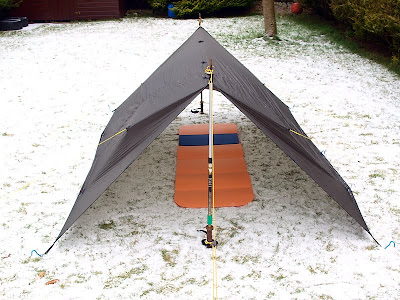 I had a 4 2mm dyneema guylines already made up and 2 4mm guylines made from the cord I'd bought in Decathlon a while back so with those, a assortment of pegs and my trekking poles I set it up. The 1st set-up was just a basic A frame which provides plenty of length but acts like a wind tunnel, I then tried what I think is called a cave which provided more shelter but less space, finally I tried a kind of long low ridge tent shape and added some lifters to create a bit of foot space. 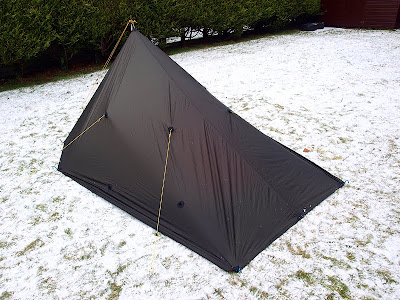 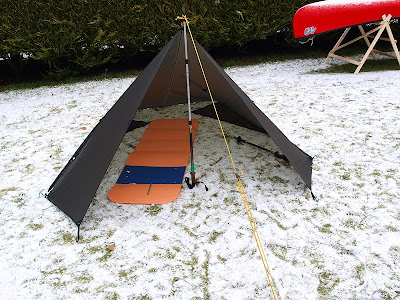 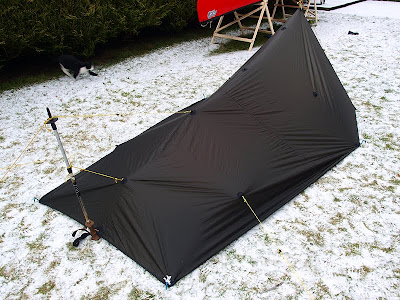 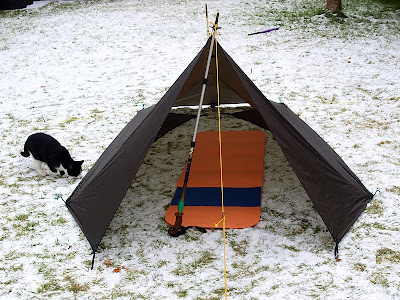 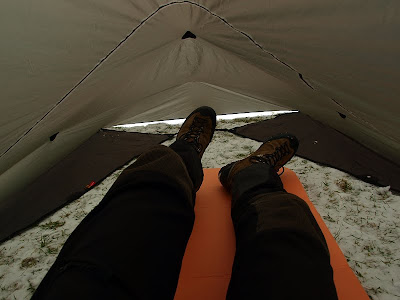 I didn't try anything else at that stage but after work during the week I added 4mm cord loops to all the attachment points to allow me to add the guylines to any point I wanted. I made the guylines with a loop on the end which I simply attach to the fixed loops as shown below. 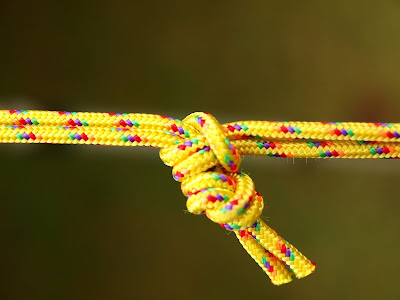 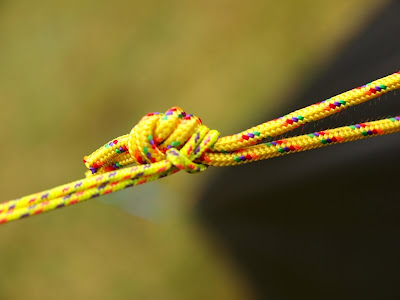 I wasn't working today and it wasn't raining so I took it out again to see what other configurations I could come up with. I tried a Flying V variation, at least I think that's what it was and another ridge tent shape with and without a beak. I'm sure there are a multitude of other variations so I'll have to search the Internet but for now it seems quite versatile. 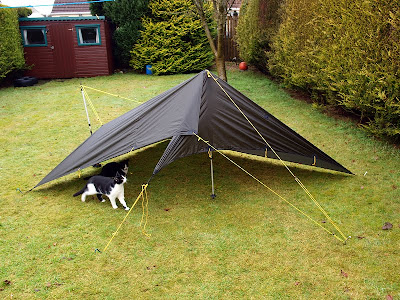 Kind of Flying V I think!! 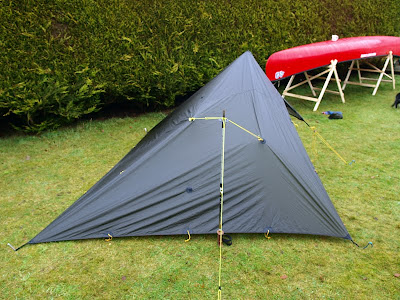 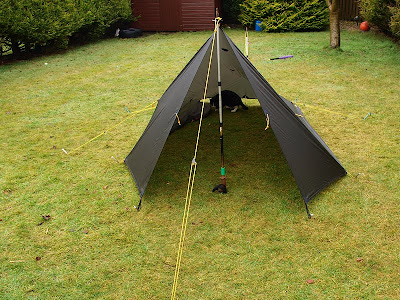 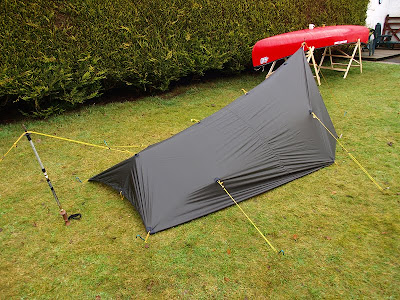 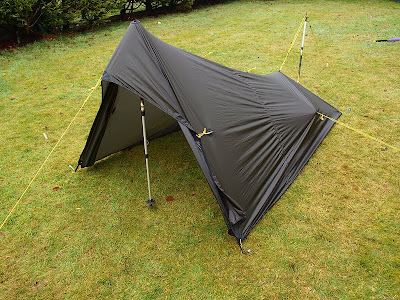 Ridge Style with Beak, Additional Fabric held back by tying lifter loops together, they can be pegged towards the main guyline.

I'll keep playing with it but it's unlikely I'll use it just yet as I have a week off starting next Wednesday and there's a slight chance that I'll be able to get over to Scotland for a few days, probably around the Cairngorms. If that trip happens then I'll be busy once I return as I have a lot stuff to sort out just now. I'm looking forward to trying it though as I didn't have any problems as such with the army poncho.
Posted by Mac E at 18:21:00