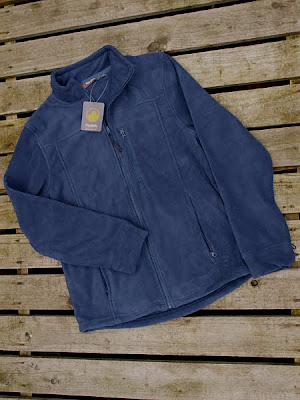 I mentioned on my last post that I'd received some kit from Millets, one of the items was a fleece jacket. The Carrick I.A. is a regular fleece jacket similar to offerings from a variety of different brands. The fleece fabric, 'Thermotech 200' isn't quite as soft or thick as e.g. Polarfleece 300 but feels a little more wind resistant although it isn't a laminated windproof fleece as such. Having checked the size chart I requested a 'small' and the fit is pretty good, length is about right for me, while it isn't a close athletic cut it isn't baggy and the sleeves are about right which I often have a problem having long arms. 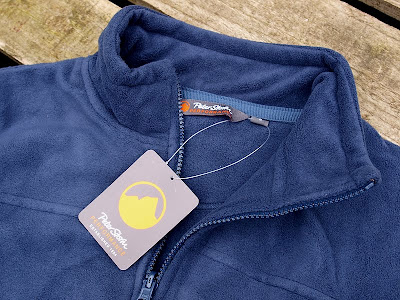 The sleeves are regular style rather than raglan style and the cuffs are simply made from the same fabric as the rest of the jacket. Fit is a personal thing but I found the cuffs just about right, not too tight and not too loose. There's a shock cord around the hem with a captive cord lock at each side to allow it to be tightened in to reduce drafts. 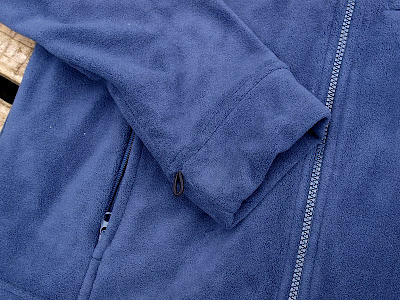 The jacket has 3 pockets, 2 zipped hand warmer pockets and a chest pocket with a vertical zip which is as much as I would need. The chest pocket holds an OS N.I. 1/50,000 scale map (180mm x 110mm) but is too short for a 1/25,000 scale map and I suspect too short for a Landranger 1/50,000 UK map. I noticed that there were 2 small elastic loops near the bottom of each sleeve just above the cuff and at 1st I wondered if they were for attaching gloves but I remembered that it's an 'Interactive' fleece so they're probably for attaching it to a waterproof shell. 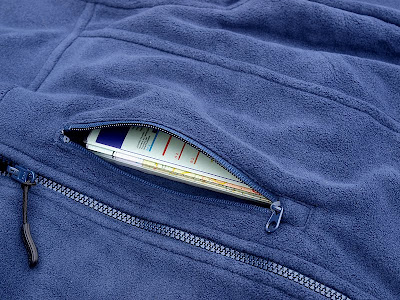 There's one small detail that I should mention and that's the seam running along the shoulder, it isn't something that I've ever had a problem with but I know some people are sensitive to seams on the shoulder when carrying a pack. The seam is slightly bulky although the fabric is soft so if you suffer in that department make a point of checking it out in case it is a problem. 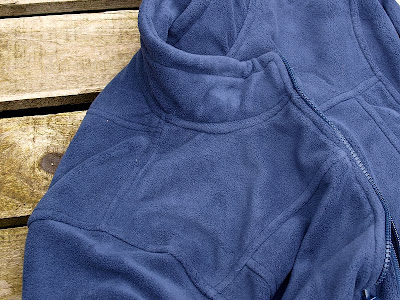 I wore the jacket on Saturday when out on the hill and found it worked fine, that said I don't ask much from a fleece, in my view if it fits, insulates, drys quickly and provides secure storage for a few odds and ends then it does the job. With that in mind I'm not inclined to spend too much on a fleece, it does depend on what you want.

Newer Post Older Post Home
Subscribe to: Post Comments (Atom)
It is in vain to say human beings ought to be satisfied with tranquility: they must have action; and they will make it if they cannot find it. Charlotte Bronte (1816-1855)